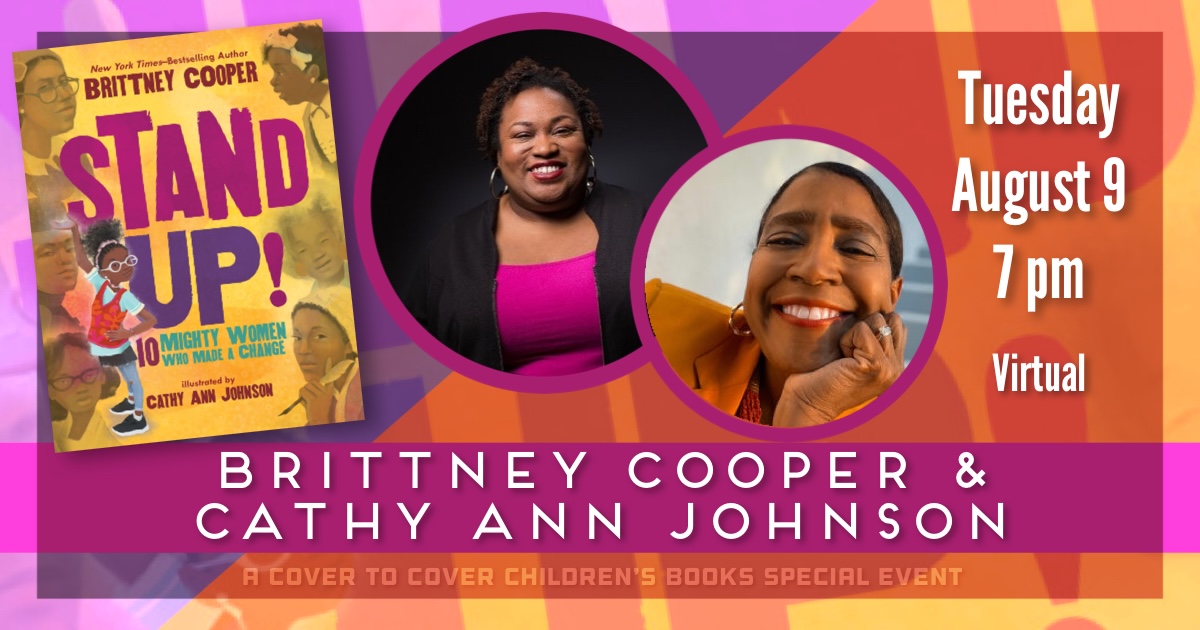 Join us for an important evening with author Brittney Cooper and illustrator Cathy Ann Johnson as we celebrate their latest book, Stand Up! 10 Mighty Women Who Made a Change. We are excited to welcome Columbus writer, Donna Marbury, as our guest moderator.

“A breakthrough... this force of nature is becoming one of our fiercest voices in the new generation of African-American thinkers.” -- Essence

From the New York Times bestselling author of Eloquent Rage comes a powerful, groundbreaking picture book debut introducing young readers to ten revolutionary Black women -- both historical and contemporary -- who changed the world for the better, inspiring readers today to know their strength, to be brave, and to STAND UP!

Brittney Cooper is the New York Times bestselling author of Eloquent Rage: A Black Woman Discovers her Superpowers. A professor of Women's and Gender Studies and Africana Studies at Rutgers University, she cofounded the Crunk Feminist Collective, and her cultural commentary has been featured on MSNBC’s All In with Chris Hayes, Melissa Harris-Perry, the New York Times, New York Magazine, Marie Claire, The Cut, the Washington Post, NPR, PBS, Al Jazeera’s Third Rail, Ebony.com, Essence.com, TheRoot.com, and TED.com, and has been named four times to The Root 100.

Cathy Ann Johnson received her BFA from Columbus College of Arts and Design. She spent several years at Hallmark Greeting Cards, where she honed her skills crafting emotional content that speaks to children. Cathy Ann loves connecting words to pictures, and her whimsical and lyrical style focuses on layouts that echo a child’s perspective. Her work has appeared in children’s books, magazines, posters, home décor, gifts and more. She currently works from Downtown Decatur, Georgia, as well as a satellite studio in Rome, Italy. In her spare time, Cathy Ann, her husband, and their cute doggie enjoy roaming Rome and chasing castles in medieval towns.

Donna Marbury is a journalist and communication specialist currently living in Columbus, Ohio. She covers healthcare business and technology for Managed Healthcare Executive magazine, and has written for Medical Economics magazine and Behavioral Healthcare magazine. As an arts and culture journalist, she has written for Columbus Alive, The Columbus Dispatch, the Columbus Post, ChicagoMusic.org, and AllHipHop.com.

Stand Up!: 10 Mighty Women Who Made a Change (Hardcover)